Wood Green Academy is an 11-18 mixed comprehensive situated in the Wednesbury North area of Sandwell. Its Published Admission Number (PAN) for Year 7 in September 2020 will be 260.

Wood Green Academy is a Specialist Sports College and admits 10% of PAN on Sporting Aptitude: i.e. up to 26 places in September 2020. In the event of there being sufficient applications for places based upon sporting aptitude any remaining places will be allocated to applicants who have not applied on the basis of sporting aptitude, using the criteria set out below.

The outcome of tests for sporting aptitude will not affect candidates eligibility for a place should they satisfy a higher priority.

Although there is no guarantee of a place, the main principle of admission to Wood Green Academy is to maintain the character of the school as a comprehensive school, providing for the needs of young persons within the 11-18 age range, who live primarily in the Wednesbury North Ward defined below, which is the Academy’s ‘priority admission area’.

The academy will endeavour to provide places for pupils who live outside the priority admission area whose parents wish them to attend Wood Green Academy provided that they can be accommodated within the PAN and our oversubscription criteria (see below).

The academy participates in the Local Authority co-ordinated scheme and all deadlines within that should be adhered to by all applicants.  Offers of places will be made on the basis of information provided on the Common Application Form.

As required by Regulations the school will give first priority to applications on behalf of children in public care (looked after children). Children with statements of Special Educational Needs naming the academy must also be admitted. This will reduce the number of places available under the academy’s PAN for other applicants.

When applications for admission exceed the number of places available the following criteria will be applied, in the order set out below, to decide which children to admit.  These criteria will continue to be used to allocate places should any fall vacant after the initial allocation: 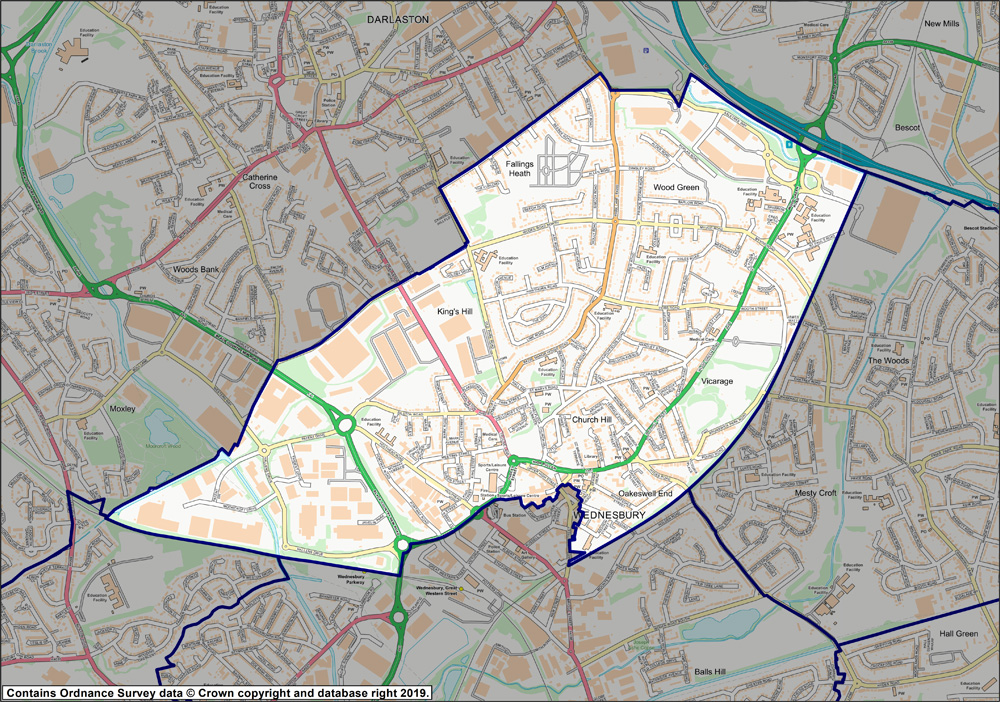 The selection procedure for Sporting Aptitude is as follows;

Tests are non-specific and will assess the following:

Further details are available from the academy.

Siblings are defined as the following:

Proof of sibling link may be required.

Distance From the Academy

The residence is defined as the address at which a parent with parental responsibility lives and is the permanent residence of the child for the majority of the school week (Sunday to Thursday night).

In the event that 2 or more applicants tie for last place during the application process the final place shall be decided on the tossing of a coin.

The parents/carers of students who are unsuccessful in gaining a place in the normal round of applications for Year 7 will be added to the waiting list by the local authority. For applications for years other than Year 7, parents may write to the Headteacher at Wood Green Academy to request that the student’s name is placed on a waiting list for a place, irrespective of whether they make an appeal against the decision not to offer them a place. If a place becomes available, it will be allocated from the waiting list according to the Oversubscription Criteria listed above. The Year 7 waiting list is maintained until the end of December 2020 by the LA and until the end of the academic year, July 2021 by the academy. Waiting lists for year 8 – 11 are kept by the academy.

The waiting list is maintained strictly in order of the priorities in this Policy and not based on the date the application was added to the list. Therefore applications received after the allocation of places may receive a higher ranking than those who may have been on the list for some time if they have a higher priority in the Oversubscription Criteria.

Sporting Aptitude will not be used in determining position on waiting lists.

The academy has to admit any pupil who is the subject of a ‘direction’ by the LA or allocated according to the local Fair Access Protocol and any such pupils will take precedence over the waiting list.

Any parent who is not offered a place at Wood Green Academy will have the right to appeal to an independent panel. Appeal papers will normally be sent out with offer letters to all those parents who were offered a school lower on their preference list than Wood Green Academy.  On completion, these appeals papers should be headed with the academy name and address and returned to the Local Authority. The closing date on the appeals papers must be adhered to.

Appeals will ordinarily be heard before 6th July or the first working day afterwards if the 6th is a weekend.

The academy offers a range of academic and vocational qualifications to sixth form students and some of these require minimum grades at GCSE.  The academy’s policy is to ensure that students accepted into the sixth form can be placed on appropriate courses where they are likely to succeed. For this reason all applicants are invited to attend a meeting with some of our sixth form staff to discuss the most suitable courses of study.

The sixth form capacity for Year 12 commencing in September 2019 will be 140. The external PAN is set at 1.

All students of year 11 will be encouraged to apply for the sixth form.  Applications from students wishing to transfer from another school and who meet the relevant entry requirements will be considered if there are places available on the preferred courses of study after allocation has been made to the current Year 11 candidates. In all cases the same admission criteria and oversubscription criteria will apply (see below).

Internal and external candidates should apply by the appropriate date stated in the current sixth form prospectus.

For entry onto all Level 3 courses the following qualifications are required:

All courses have additional subject specific entry requirements which can be found on the academy’s website. The academy will be pleased to discuss any individual concerns about meeting these.

Meeting the requirements of any course is no guarantee that the applicant will automatically be offered a place on his or her preferred choices.

Entry into year 13 for external applicants will depend on the requirements for the course for which entry is sought, the availability of a place within that course and the applicant’s results from any modules taken in year 12.

When applications for admission exceed the number of places available the following criteria will be applied, in the order set out below, to decide which candidates to admit.  These criteria will continue to be used to allocate places should any fall vacant after the initial allocation:

If an application is refused there is a statutory right of appeal to the Independent School Appeal Panel. Further details of the appeal procedure will be provided with the letter explaining why the application has been refused.  Appeals may be lodged by either the parent or the student.