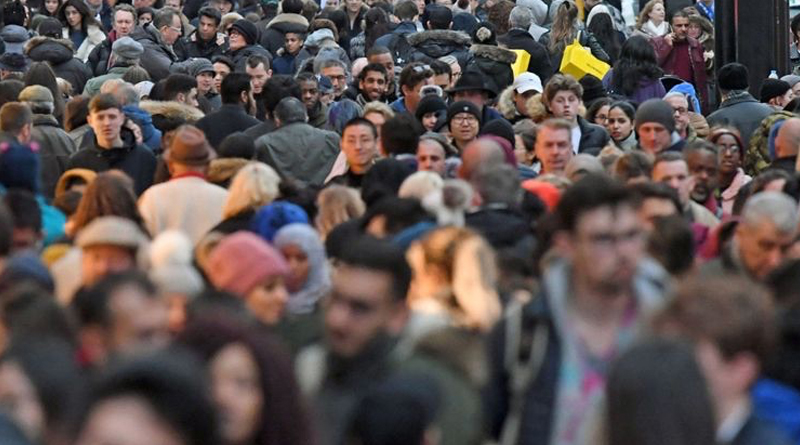 Environmental charity Population Matters, which has Sir David Attenborough as a patron, warns the UK’s figure is “unsustainable”.

The UK’s population rose by nearly 400,000 people last year, with migration a “bigger driver” of the increase than births and deaths, the Office for National Statistics (ONS) has said.

Official figures show there was an estimated 66.4 million people living in the country at the end of June last year.

However the annual growth rate of 0.6% was the same as the previous year and is slower than any year since mid-2004.

Neil Park, from the ONS, said: “For the fifth year in a row, net international migration was a bigger driver of population change than births and deaths.

“However, overall population change to the year mid-2018 has remained fairly stable as an increase in net international migration has been roughly matched by the fewest births in over a decade and the highest number of deaths since the turn of the century.”