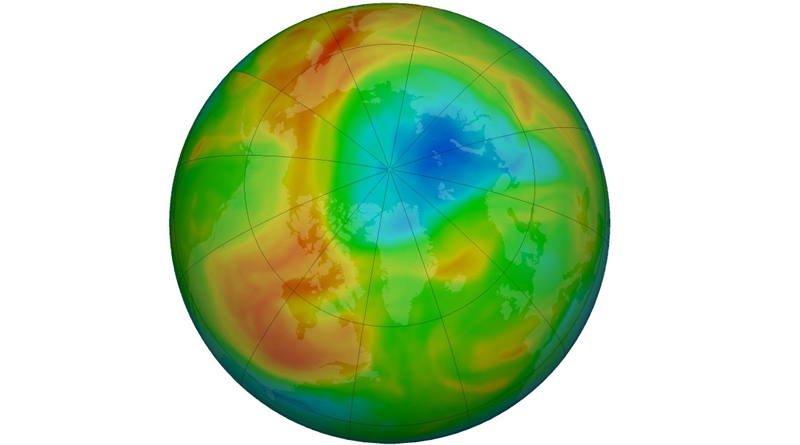 The largest ever hole that has been detected in the ozone layer over the Arctic has closed just weeks after its sudden formation.

It reached its peak size in March, and, according to scientists working at the Copernicus’ Atmosphere Monitoring Service (CAMS), the hole wasn’t man-made.

Instead it was the result of a particularly strong polar vortex over the Arctic.