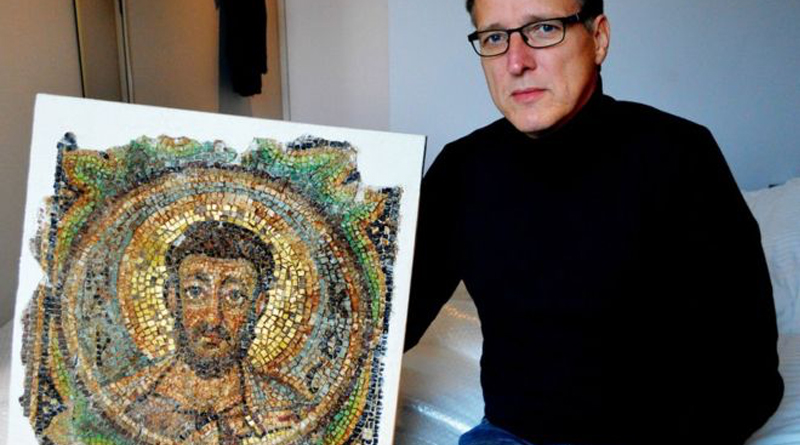 The man nicknamed “the Indiana Jones of the art world” has done it again – this time tracking down a precious sixth-Century mosaic stolen from Cyprus.

He handed the work over to the Cypriot embassy in The Hague on Friday.