Having won the North Sandwell heats for the U15 Girls’ Handball competition before Christmas the team set off on Tuesday night to play in the Sandwell Schools’ Final. Owing to a couple of schools dropping out the girls only faced Holly Lodge and George Salter. In the first game the girls dominated the opposition with some excellent breaking play by Kunashe Chidziya who went on to score the winning goal. She was excellently supported by her team mates throughout with several shots on goal. In the second game the opposition were harder to contain and they peppered the goal throughout the game. Leonie Green-Brookes played incredibly well keeping out all but one of these shots.

The girls ended up with a well earned silver medal.

An excellent couple of games. 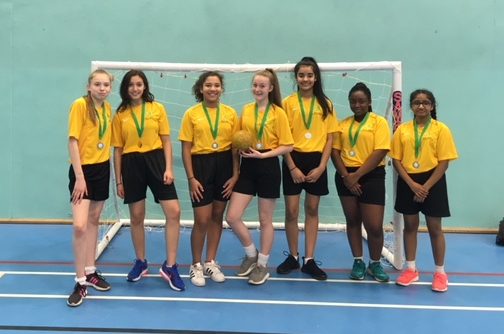