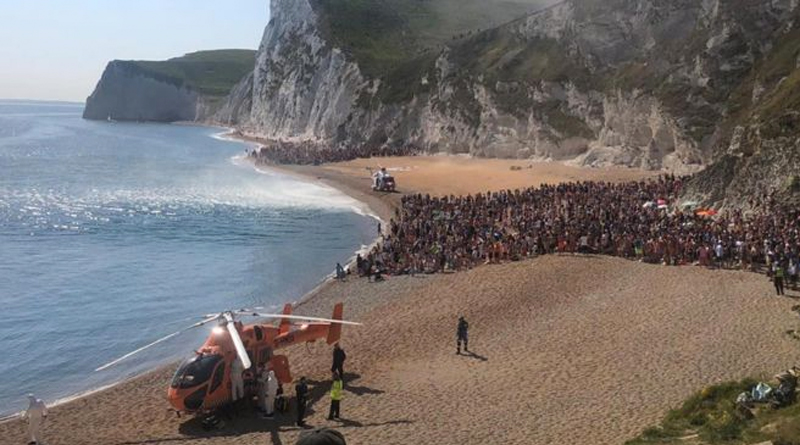 Three people have been seriously hurt at a beach on the Jurassic coast.

Dorset Police responded to reports of concern for the safety of people who were jumping off the cliff at Durdle Door into the sea at about 15:45 BST.

Two helicopters landed on the beach and those injured were taken to hospital. The extent of their injuries is not yet known.

The beach and cliffs were evacuated. People have been advised to avoid the area.

Ch Insp Claire Phillips, of Dorset Police, said: “We have had to close the beach at Durdle Door to allow air ambulances to land.