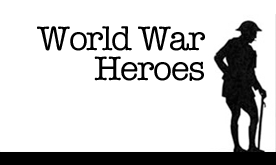 2014 marks the centenary of the start of the First World War. 956,703 men from Britain were killed in the armed services with a further 1 ½ million deaths from soldiers belonging to the British Empire.

To commemorate this event Wood Green Academy have created a digital record of soldiers belonging to the local community, to families of pupils and staff and the role and sacrifice they made during the First World War.

Two road shows were held during the spring of 2014 where pupils, staff and parents were invited to bring in any artefacts they had which were then catalogued by the History Department. Dr John Bourne, former Director of the Centre for First World War Studies at the University of Birmingham, and James Gordon-Cummings, a collector of Trench Art were on hand to give expert information about the items. This event was also supported by the First World War Association.

Below is a link to the Centenary Project: