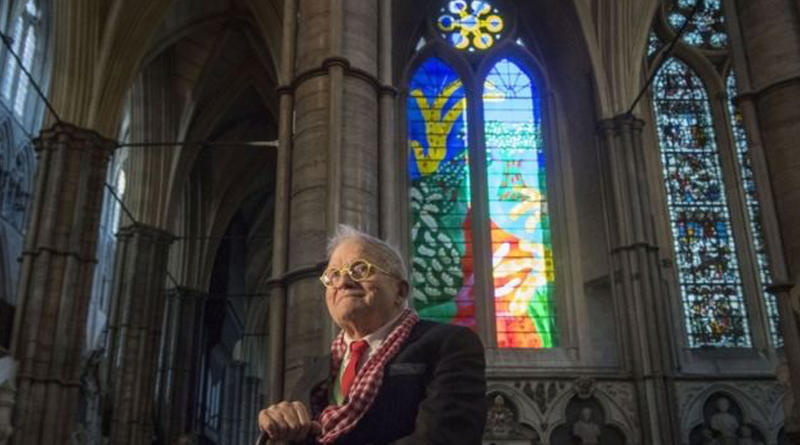 A David Hockney-designed stained glass window celebrating the Queen’s reign has been revealed at Westminster Abbey.

Hockney, who created the design on his iPad, said the hawthorn blossom scene is set in Yorkshire.

Westminster Abbey said the result “reflects the Queen as a countrywoman and her widespread delight in, and yearning for, the countryside”.

Hockney said: “The iPad is back-lit like a window, it’s a natural thing to use.”

“I learnt something about glass. It was a challenge.”

The Queen has not seen the finished window, but an optimistic Hockney said: “I hope she’ll like it. I’m sure she will.”